A few months ago, W quit her job as an assistant manager in the factory. She was having a punishing daily work schedule from 8am to 9pm then. She told me that she was not able to balance her family life and working life. She switched her career track and ventured into education sector. With that change, she draws 1/3 of her previous pay and works 1/2 of her previous working schedule.

She is not alone. I have been hearing real experiences that white collar executives have to endure long working hours in the factory. There were high ranking executives chose to retire at the young age of 45.

When I was a fresh graduate, an old-timer told me that the last place to work with is the production line in the factory.

This is the effect of globalization. Americans move their production lines to Asia as Americans don't work long hours. Americans will go home by 5pm. But, their Asian counterparts will work long hours. Ironically, some politicians seem to be very proud of the figures of Foreign Direct Investment. Borrowing the words from the late Prof Syed Hussein Alatas, it is called "captive mind". Put it in another way, it is called colonialism or imperialism 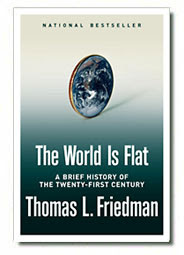 The best book which describes this phenomenon is none other than the World is Flat by Thomas L Friedman.

For all the workers out there, if you manage to beat the annual IRB deadline (April 30th) for submitting the tax form, then reward yourself by having a great Labour Day.
Posted by Wong Hon Wai at 9:52 AM No comments:

My friend asked me whether I will be running for office in the coming General Election.
He referred to the news report on the DAP election workshop last Sunday.

I did not present in the workshop as I have to attend an Ethics Lecture programme which was compulsory for chambering pupils. Guess what, I have to pass the written test in the Ethics Lecture before I apply to call to the Bar.

My answer to him is affirmative. In fact, I will be launching my election campaign and preparing for the ground work starting from 26-06-2007.

On the next day, I will file my notice of hearing at Penang High Court.

Then, I will start my preparation for General Election. I will have a gap month before my petition is heard at Penang High Court.

I will fully utilise the whole month for political activities.